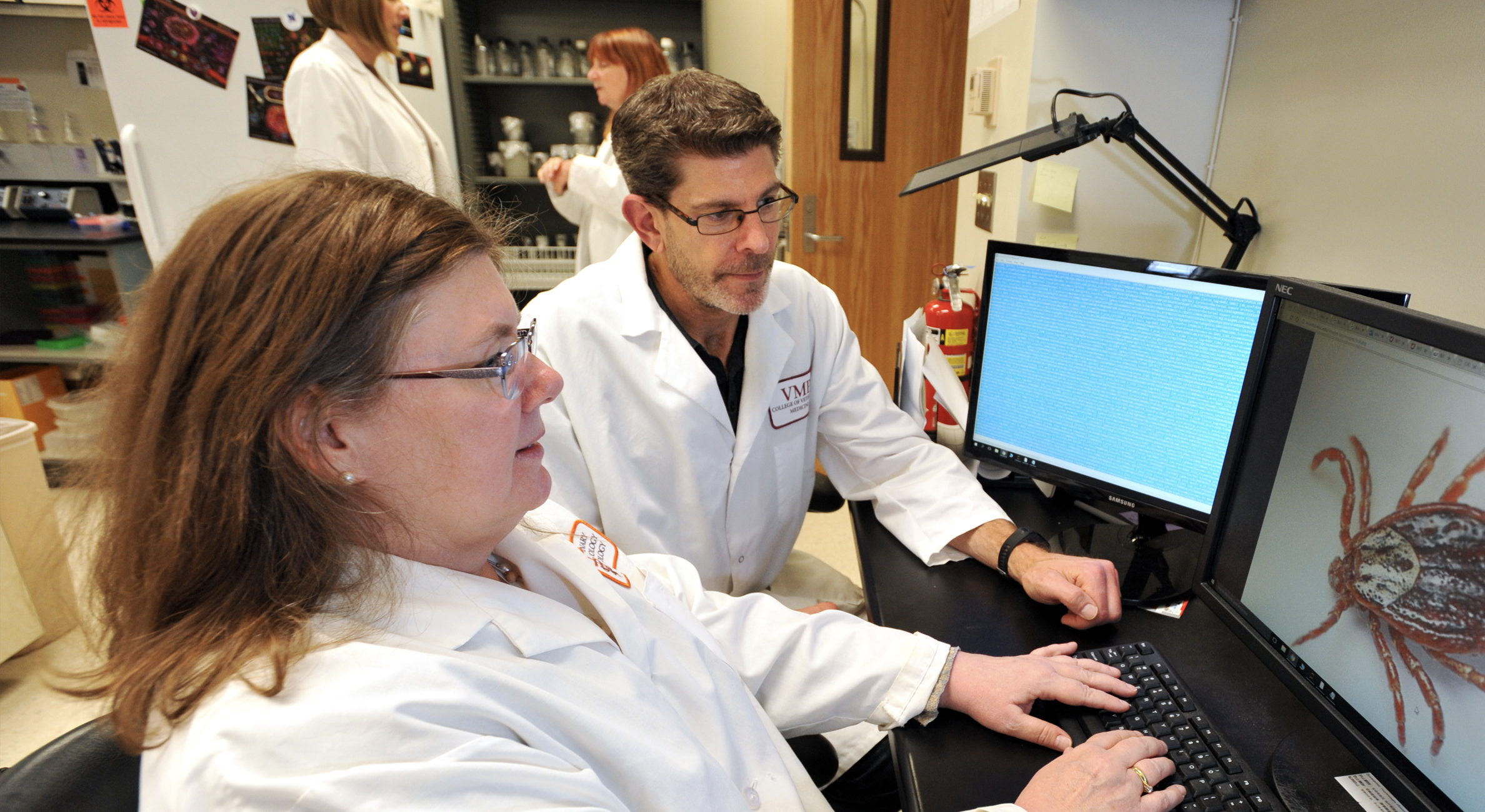 Our researchers are experts in the study of vector-borne diseases including Lyme disease and Bovine Anaplasmosis. Vector-borne diseases are animal and human illnesses caused by parasites, viruses and bacteria transmitted by vectors such as ticks and mosquitos.  Vectors can spread infectious pathogens from animals to humans or from humans to humans.

Waiting on “and” logic upgrade from Danial. Category and Tag